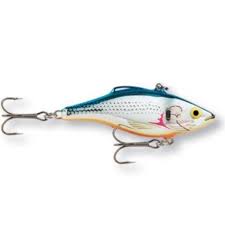 We Americans love the newest things, don’t we? We are like fish that

follow after the shiniest new lure that swims by. If it’s new and sparkles, we want it. If it’s tried and tested, it’s ours. It doesn’t matter if we are talking about the newest iphone 14 or BMW M class, we love the newest and greatest and we must have them. Are you tracking with me?

This same mentality has carried over to ministry. When the missional movement met America a few years back, many jumped in and began naming everything they were doing as missional when they really weren’t doing anything differently at all. Missional at it’s core just means “sent.” Meaning, God’s people are sent to a specific group of people to be a blessing and His witnesses for the Kingdom. I know of a so called “Missional” church in Phoenix that isn’t involved in their local community, however calls their life groups missional communities. Bible study groups are now even being pegged as missional. It didn’t take long before the word lost its meaning and was completely watered down…unfortunately, kind of like the word Christian. Now that the dust has settled from everyone throwing around the no longer new flashy word, we realize that being missional really isn’t that sexy after all. In fact, it’s not even that appealing because it takes a lot of time and effort and lifestyle adjustments. In Hugh Halter’s The Tangible Kingdom, he refers to this missional life as a lifestyle of discipleship. In his book he defines a disciple as a follower of Christ who consistently died to themselves specifically to the areas of materialism, individualism, and consumerism. Well that doesn’t sound fun…there’s way too many shiny objects out there floating in front of me waiting to hook me. Die to myself, really? Okay I hear you, but what does Jesus say about this sort of thing? Luke tells us it pretty clear in chapter 9: “Then Jesus said to the crowd, If any of you wants to be my follower, you must turn from your selfish ways, take up your cross daily, and follow me.” Die to my selfish ways, turn from self, and deny my needs all send the same message. When we take away the glamour, we see that it’s countercultural, it’s missional, it’s discipleship, and it’s Christ-like. Being missional is being called to a neighborhood knowing that God is already at work there and you are determined to join Him as His sent ones. Or it’s adopting a people group whom you know have no access to the Gospel, but you are compelled by love to reach them. It’s being willing to sacrifice your own needs for the sake of the Gospel and others. It’s hard and it’s messy.

This site uses Akismet to reduce spam. Learn how your comment data is processed.